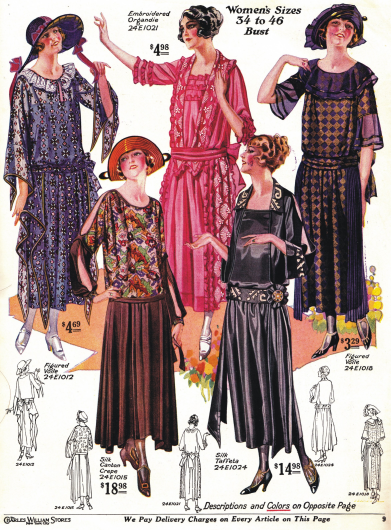 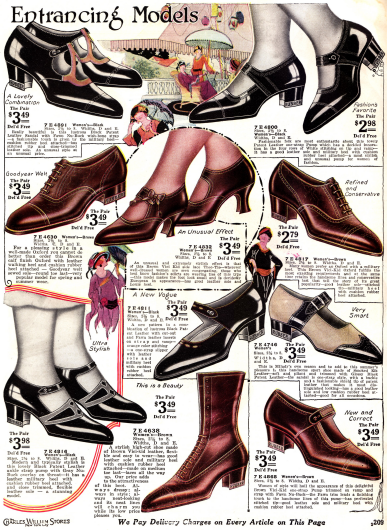 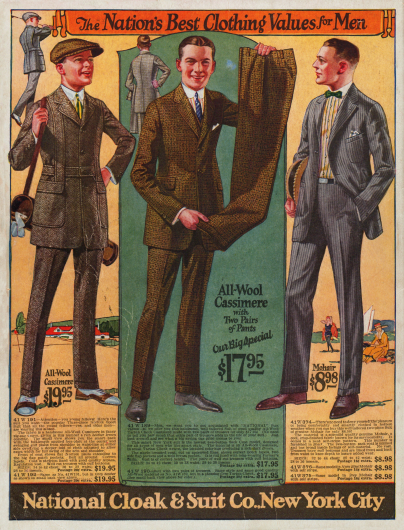 The discovery of the untouched tomb of the Pharaohs of Tutankhamun in November 1922 by Howard Carter triggered a great enthusiasm for Egypt and hysteria in Europe and America, from which even fashion is not unaffected.

One organizes receptions or parties in Egyptian style where the ladies wear dresses with Egyptian decorations and motifs. Exotic appearance is also given by the extended eyelid line, which is imitated in the style of the wife of Tutankhamun. In general, make-up loses its offensiveness and becomes generally acceptable.

The stars of the still young film industry such as Gloria Swanson or Asta Nielsen also provide the models for the way of applying make-up or new trends that are emulated by everyone. Especially in silent movies the excessive use of make-up is demonstrated, especially to emphasize the facial expressions of the actors in the movies.

The Bob - Hairstyle Of The Decade

Around 1923, the bob became the style-giving hairstyle of the decade. The lady had to make her way to the barber's shop to get her hair cut, as there were no hairdressers for women until then. The hair is simply cut short and otherwise no further hairdressing is done - only with increasing skill of the hairdressers in the next years new women's hairstyles will emerge.

With the final breakthrough of the short hairstyle, very tight hats appear on the head - also known as pot or bell hats - which will be an integral part of the wardrobe in the years to come.

Wearing petticoats and other underwear is slowly going out of fashion and the silhouette is losing its width. The first autumn fashion magazine Die Dame from September, which currently costs 5 million marks due to galloping inflation, sums up the new line: "The line remains slim, the dresses are straight and very tight.

Thus, a slender, straight, sloping line from shoulder to hem of the skirt is now establishing itself, which will remain en vogue until the end of the decade, and will do without any emphasis on figure. This very boyish looking figure dispenses with waist, hips and chest and represents a new self-confidence which is oriented towards men's fashion and thus deliberately provocative. The new androgynous woman is also called Garçonne. The term Garçonne is derived from a novel by the Frenchman Victor Marguerittes with the same title.

Revival Of The Long Skirt

However, in 1923, the skirts become almost ankle-length again and thus again clearly cover the calves. The question of whether short or long skirt is no longer an issue. The waist is indicated by a belt on the hip - but not tightly laced - or draped on it with a fabric band.

The costume is indispensable for a well-equipped ladies' wardrobe and is also strongly oriented towards men's fashion. With the jacket dress, the jacket fits particularly tight at the hips. The masculine cut also continues in sports fashion. For riding, the woman wears knickerbockers, trousers and shirt - also with tie. For other sports a blouse with a mostly pleated skirt in the current skirt length is worn. 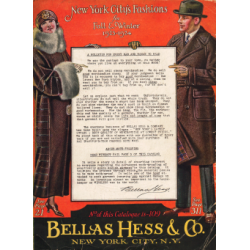 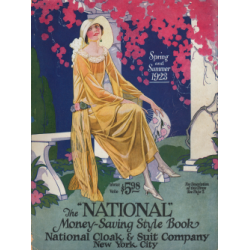 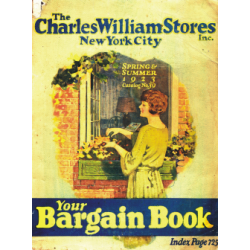