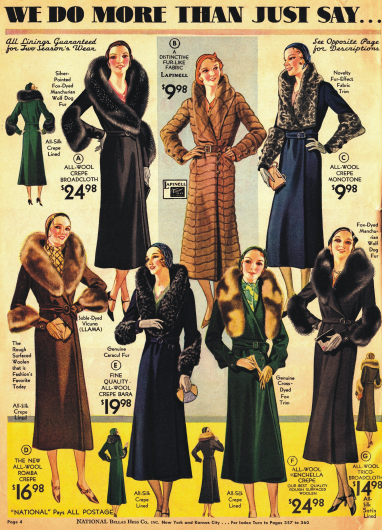 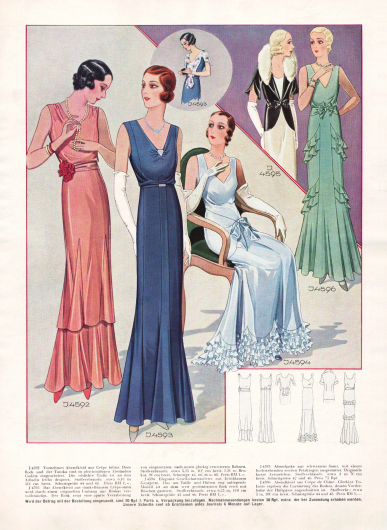 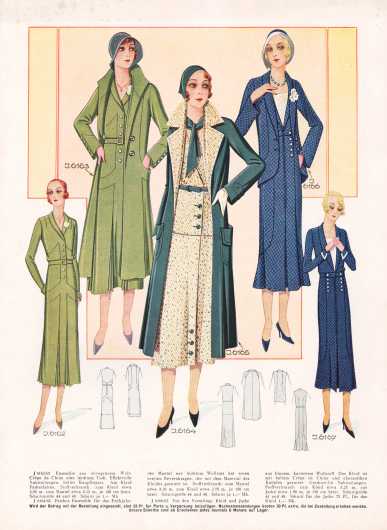 Two ensembles for spring in olive green crepe de chine and light wool rep, and a costume in plaid wool — Modenschau no. 219, March 1931. 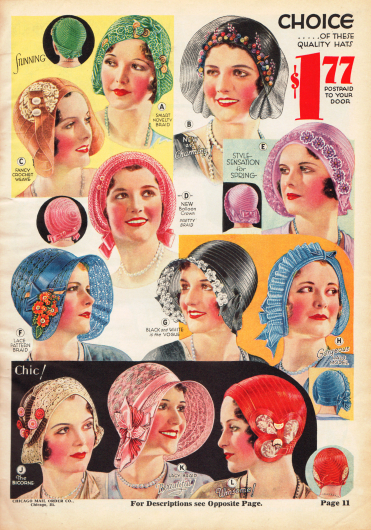 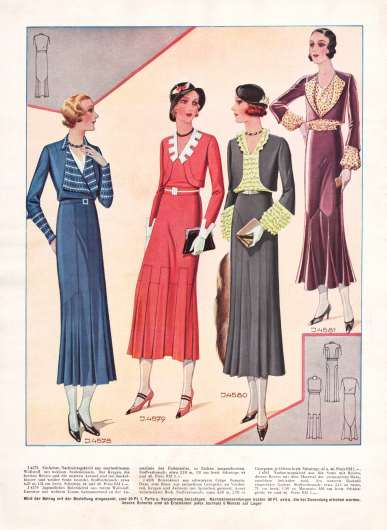 In the fashion season of 1931, the feminine and ladylike trend of the previous year is consolidated. People got once again used to the high waistline, longer skirts and wearing corsets or garter belts to mould the figure. Therefore it is hardly surprising that the waist is worn tighter and tighter and slides even higher.

Echoes Of The Past

The current fashion seems like a reminiscence of the past and picks up tendencies of Empire fashion and fashion of the turn of the century and adapts them to the needs of the time and the modern woman. Especially in the case of formal and elegant promenade dresses, this tendency towards the chic of the past is unmistakable. Lace fabrics, flounces or ruffles on shoulders, lap or hem are especially popular for promenade and evening dresses and partly revive the fashion of the turn of the century.

Evening dresses are usually sleeveless, while the back neckline is not quite as deep as last year. The décolleté is round or V-shaped at the front and moderately deep. The high waists are accentuated with artificial flowers, gathers, thin belts or ribbons, which end in a bow at the back or side and fall to the ground in a sashlike extension. Waterfall like garnishes, pleated fabrics and flounces on the long skirt give the elegant evening toilets a very playful and feminine but also extremely cultivated touch.

Evening dresses are worn with bolero jackets, a jacket with fur trimming often made of fake fur or - if you can still afford it - real fur. Even the almost floor-length evening coats do not do without fur trimmings on the collar. The coats themselves are made of velvet or wool velvet and usually have only one sleeve or are sleeveless.

Hairstyles Of The Early 30s

At the beginning of the 30s, the hair is worn longer again, about the length of the chin. Water waves reach the peak of their popularity. The waves, undulating close to the head, gently caress the face. The make-up is now worn more discreetly; the dark eye shadow is replaced by lighter tones. Eyebrows are plucked to a narrow line or even removed completely and painted thinly with an eyebrow pencil and almost extended to the temples.

The hats are getting smaller and smaller; in spring you see more and more models that not only expose the forehead, but now also the hairline, so that curls of hair appear under the hat.

"It hasn't happened for a long time that a fashion suddenly changes like hat fashion does today. This is a proof that the caps have been looked over thoroughly. [...] And already we see a vast number of variations of the new hats set into the forehead, and they seem so natural, so familiar to us, because they are ladylike, spicy and dressable."

judges The Lady in its first July issue. Wide brims of hats are turned down or they fall on one side of the face. Especially elegant promenade dresses or beach pajamas are worn with very wide brimmed hats, as these offer a certain protection against the sun. Long gauntlet gloves and small handy handbags complete the soft, ladylike look for the promenade.

In daytime fashion, the costume is an indispensable part of the wardrobe, which according to the August fashion magazine Modenschau, "is still considered the pacemaker of autumn fashion". Further it says:

"Sporty forms are as much in favour as the costume in the waist genre, whose skirt has grown in width. With the preference for cut-off jackets, the combination of two different materials is not uncommon. Slightly longer jacket shapes, up to three quarters of a length, are intended for full slim figures.

Despite the world economic crisis, the hems of skirts are getting longer and longer. The lowest point of the skirt hems was reached in the daily fashion in autumn 1931: the skirts now end a few centimetres above the ankles. This increases the amount of fabric used to tailor the dresses considerably. While short hanger dresses of the late 20's rarely required much more than 3m² of fabric for the knees, current day dresses require up to 4m² of fabric and evening dresses sometimes require more than 6m² of fabric. It seems to be quite astonishing that in times of economic savings the development of fashion does not come to a standstill, but becomes even more elaborate.

Rising unemployment and falling wages cause the household budget to shrink significantly, especially for new purchases of clothing and textiles. Nevertheless one tries as best as possible to keep up with the current fashion by mending, refurbishing or cutting old clothes. Tailoring becomes a necessity - in Europe as well as in America. Expensive fabrics like silk and georgette are replaced by the cheap rayon or cotton. Cotton is even used for evening dresses.

The American mail order chains have to take into account falling demand and the shrinking income of their customers. "Thrift" is becoming the buzzword of the year in the catalogues of American mail order companies, which continue to advertise lower prices and top quality. Nevertheless, mail-order companies and retailers are having to cope with sharp declines in sales, which they are trying to compensate for with radical price cuts, which in turn have to be financed by savings in wages and salaries. This sets in motion a devastating deflationary spiral that further exacerbates the depression. 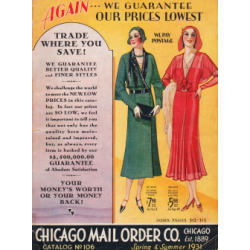 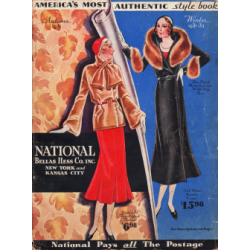 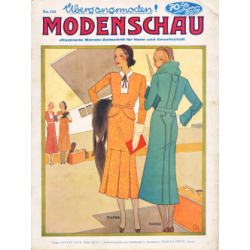 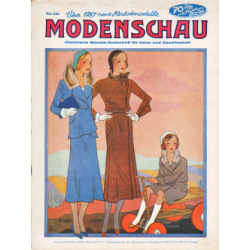 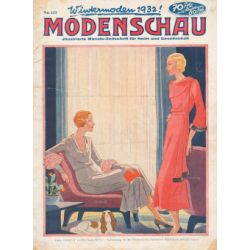 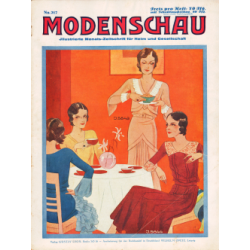 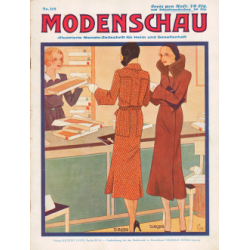 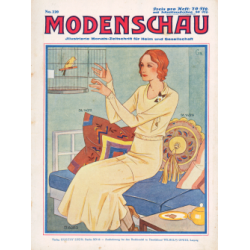 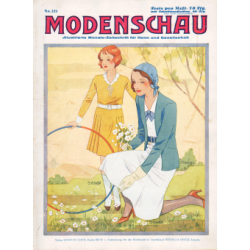 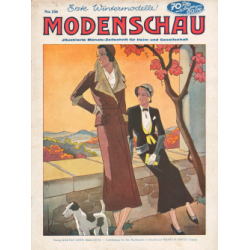 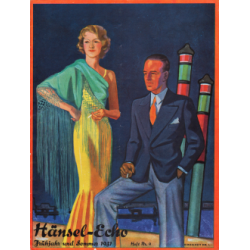 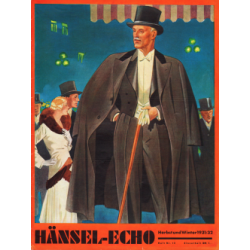 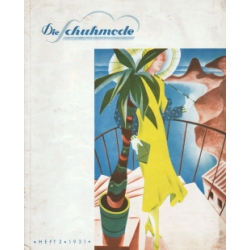