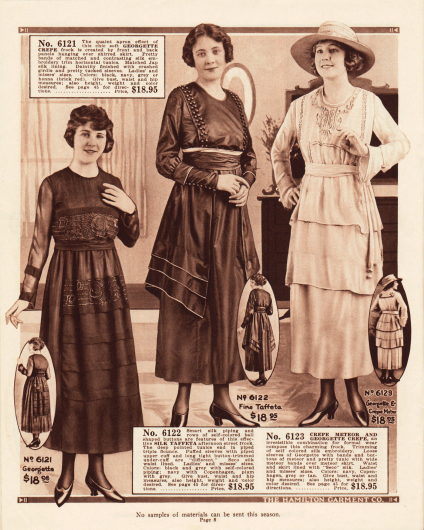 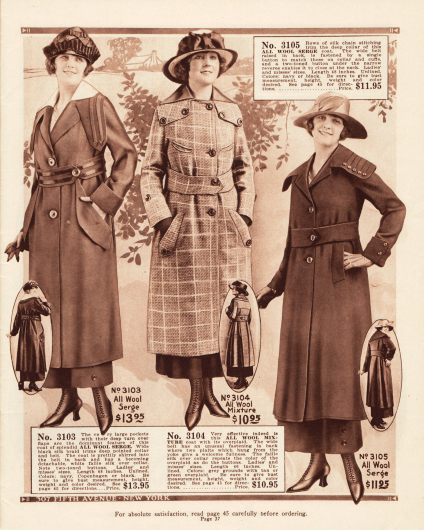 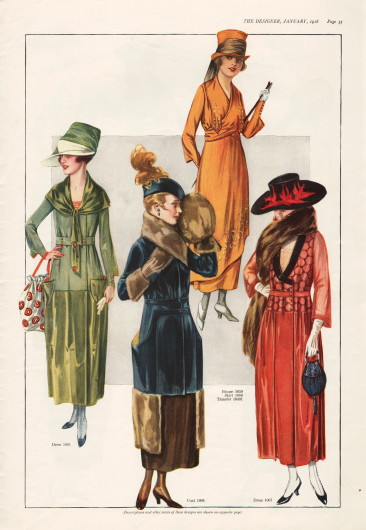 Three day dresses in the modern silhouette and a coat with fur trim — The Designer Issue #3, January 1918, p. 35

The end of the crinoline is already apparent in the spring fashion of 1918 and the fashion line of 1914 is taken up again in haute couture. The skirts are cut much tighter towards the hem, while the emphasis on the hips remains. Thus the term barrel skirt is coined for the current rock form. The wearing of throws promotes this new form of dress. Tunics, which reached their peak in 1914, are also enjoying a new upswing.

However, unlike before the war, the current fashion is determined by simplicity. The rationing of fabrics in recent years has forced us to do without everything superfluous. Now the simplicity of clothing is consistently propagated, which is now becoming the fashion ideal.

The dresses themselves are loose and wide cut. Consequently, the current silhouette does not require excessive accentuation of the waist - nevertheless, corsets are still worn. The waist itself, however, is still set very high - just below the bust - and makes the upper body appear very short and slender.

The coats are cut a little shorter, so that a small part of the skirt hem appears under the coat. Excessively large pockets and buttons are characteristic of the new coats. The short lapel of the coat merges into a protruding collar, which almost takes on the dimensions of a cap.

Simple Hairstyles During The Day

The simplicity of hairstyle fashion has slowly but surely survived. During the day the hair is worn as a Greek knot or as a braided braid in the back of the head. For evening, festive occasions, however, more elaborate pinned-up hairstyles are worn again. The German fashion and society magazine Elegante Welt in the first January issue comments on this:

"Especially the evening hairstyle no longer wants to be modest with the restraint practiced so far. The 'smooth head' has survived. Rich marbling in broad soft waves falls over the forehead and temples; little ringlets appear and the popular 'New Greek' knot is often made of beautiful curls."1

Make-up is only used very discreetly: you powder yourself, use only - if at all - a little rouge for your cheeks and light lipstick. Make-up still has an indecent reputation.

The Effects Of War On Fashion

With the end of the war in November 1918, the rationing and shortages of the war years did not end. In addition to the supply of food, the remaining range of goods in the department stores and shops in the German Reich is extremely limited. This is also a result of the sea blockade of German ports, which was maintained until the signing of the Treaty of Versailles in the summer of 1919. Only in the following years did the supply of clothing and other goods return to normal. At the same time, the rate of currency devaluation in the German Reich increased and many goods remained unaffordable.

Not only in the German Reich, but also among the allies of the First World War France, Great Britain and the United States, the war led to a noticeable shortage of goods of all kinds. In the USA alone, prices almost doubled between 1914 and 1920. Especially in mail order catalogues such as those of Sears, Roebuck and Co. or Montgomery Ward, dramatic price jumps can be observed when comparing the prices of the pre-war years with the current prices. 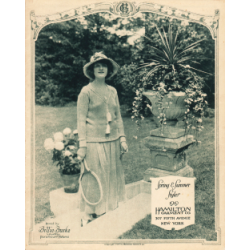 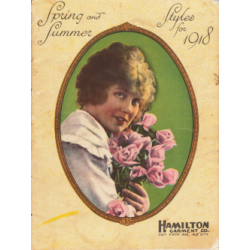 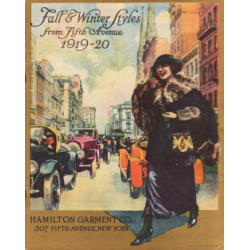 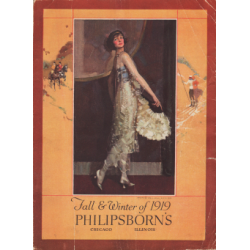 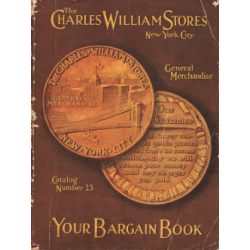 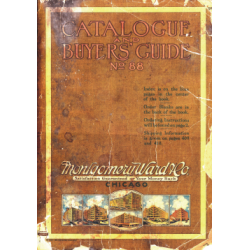 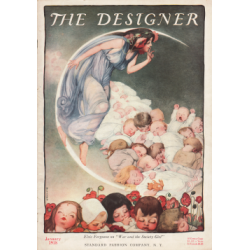